Percussion comes in all shapes and sizes. But even among the most well-known drums, there are some weird ones you’ve probably never heard of. This blog post will look at some of the most bizarre percussion instruments. You probably haven’t heard of most of them, but they’re worth checking out! So without further ado, let’s get started.

Daf is a percussion instrument that originates from the Middle East. It is often considered odd or weird due to its unique design and sound. The Daf is played with the hands, producing a loud, distinct noise that can be heard clearly over other instruments.

Despite its simplicity, the Daf is a very versatile instrument that can be used in various styles. In recent years, the Daf has gained popularity outside of its traditional homeland and is now played by musicians worldwide. Whether you consider it odd or wondrous, there’s no denying that the Daf is a truly unique instrument.

Tassa drums are percussion instruments popular in many parts of India, Pakistan, and Trinidad and Tobago. They are usually made from skin stretched over a wooden frame and have a distinctive sound often used in music and dance.

Tassa drums come in various sizes, and they can be played with sticks or by hand. Tassa drums are often used in wedding ceremonies and other festive occasions. In addition, the Tassa drum is an integral part of the cultural heritage of many countries.

Ashiko is a percussion instrument of African origin. It is typically made from a wooden log and has a deep, resonant sound. Ashiko is often used in traditional music, but it can also be played in any style of music.

Ashiko is particularly popular in Brazil, where it is used in various genres, including samba and funk. Ashiko is also popular in the United States and is often used in jazz and rock. Ashiko is a versatile instrument that can be played solo or in an ensemble. Ashiko is an enjoyable instrument to play and will surely add excitement to any musical performance. 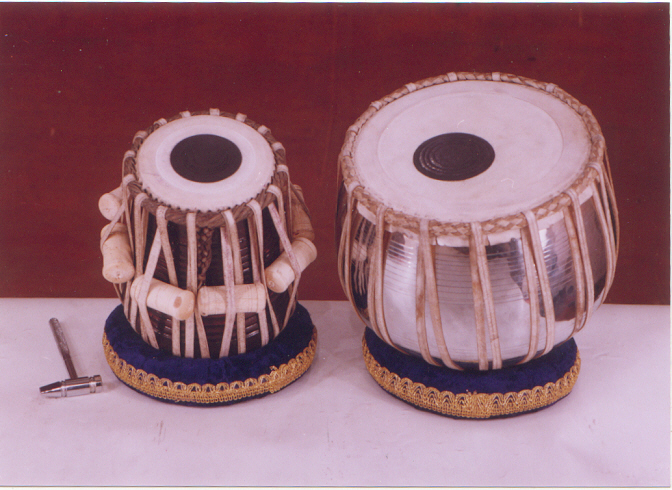 Tabla is a popular percussion instrument from India. It consists of two drums, the larger one called the bayan and the smaller one called the dayan. Tabla is usually played with bare hands. The Tabla is believed to have originated in ancient India, and it is still widely used in traditional Indian music.

Tabla is also popular in other parts of Asia, including Pakistan and Bangladesh. Tabla is very versatile and can be used for different genres of music, from classical to folk to popular. Tabla has a wide range of sounds that can be produced, from simple rhythms to complex patterns. The Tabla is an essential part of Indian music and culture.

The Cajon is a percussion instrument that originated in Peru. It is typically made from a wooden box, and the front face is played with the hands. Cajons are often used in traditional music but have also become popular in other genres such as rock and jazz.

Cajons are relatively easy to play and can produce a wide range of sounds, from deep bass notes to high-pitched snare drums. Cajons are also portable, which makes them ideal for street musicians and buskers.

The Flexatone is a musical instrument with a unique sound that is perfect for adding a bit of flair to any performance. Initially invented in the early 1900s, the Flexatone is a small metal disc with a handle attached.

The player holds the disc in one hand and uses the other hand to strike it, producing a high-pitched, vibrating sound. The Flexatone has been used by many famous musicians, including Duke Ellington, Frank Sinatra, and Miles Davis. Today, the Flexatone is still popular among performers who want to add a bit of fun and excitement to their music.

Gangsa is a type of gamelan, a traditional Indonesian musical ensemble. The word gamelan comes from the Javanese word meaning “to strike,” and it refers to the percussion instruments that are used in this music.

Gangsa is typically played on a Balinese gamelan, an orchestra consisting of bronze instruments. The most common instrument in a gamelan orchestra is the gong, which comes in various sizes and plays a range of pitches. Gangsa is one of the most popular types of gamelan music and is often performed at ceremonies and festivals.

The lion’s roar is one of the most impressive sounds in the animal kingdom. But did you know that it also makes for a great musical instrument?

Lion’s roar percussion instruments, also known as membranophones, are drums that produce sound with friction using a cord when moved back and forth. The lion’s roar is a particularly well-suited instrument for this purpose, as its thick hide produces a deep, resonant sound.

The Mbira is a traditional African instrument that consists of a wooden board with metal tines of different lengths. The player holds the Mbira in their lap and plucks the tines with their thumbs to create a rhythmic melody.

The Mbira is often used in religious ceremonies and is said to have a calming effect on the listener. Its construction is simple, but the music it produces is complex and beautiful. The Mbira is a fascinating instrument that will delight any music lover.

The stone marimba may be the oldest known musical instrument. It is a type of xylophone, an instrument that uses wooden or metal bars to create music. The marimba is believed to have originated in Vietnam, and one was discovered in Vietnam in 1949 near a village called Ndut Lieng Krak.

“Marimba” comes from the Bantu word for “wooden xylophone.” The stone marimba is made from a series of flat stones, which are placed on top of each other in graduated sizes. The performer strikes the stones with mallets to create a musical note.

The wind machine is a percussion instrument used in many classical works like Gyorgy Ligeti’s Le Grand Macabre and Edward Elgar’s The Starlight Express.

Also known as an aeoliphone, the wind machine is played by rotating a crank handle that creates friction between wooden slats. Wind machines are often used in film and television scores, as their otherworldly tones can add an element of mystery or suspense to a scene.

The zabumba is a Brazilian bass drum that is typically used in Samba music. It is a large, round drum played with the hands, and it has a distinct, deep sound that can be heard over the other instruments in a Samba band.

The zabumba is thought to have originated in the African country of Angola, and it was brought to Brazil by enslaved Africans. Today, the zabumba is an essential part of Samba music, and it is often used in Carnaval celebrations.

The babendil is a traditional Filipino gong instrument usually made from bronze or brass and produces a metallic clang. It is sometimes referred to as a “false gong.” While the instrument may not be used as much in kulintang ensembles anymore, it is an integral part of Filipino cultural heritage.

The Batá drum is a sacred percussion instrument used in the religious ceremonies of the Yoruba people of Nigeria. The drum is traditionally made from the skin of a cow or antelope, stretched over a wooden frame. Batá drums come in various sizes, with the largest drum typically reserved for the Oba, or king.

The drums are traditionally embellished with Cowrie shells, which are believed to represent the spirits of ancestors. The rhythms played on the Batá drums are complex and vary depending on the specific ceremony being performed.

In recent years, the Batá drum has gained popularity outside of its traditional cultural context and can now be found in music classrooms and concert halls worldwide.

The bedug is a percussion instrument used in gamelan music. It is a large drum suspended from a frame and played with two sticks. The bedug has a deep, resonant sound that is perfect for creating an atmosphere of suspense or drama.