Drum VST plugins are becoming increasingly popular as sampling becomes more and more common. The term ‘drum VST’ is rather broad, so I’ll be focusing on all types, including virtual drum libraries, beat machines, and drum synthesis.

My Favorite Drum VSTs at a Glance

Disclaimer: Links in the table below and throughout the article are affiliated — some with Sweetwater, Plugin Boutique, Audio Modern, and Modern Producers. If you buy through one of these links, Drumming Review is compensated. With that said, I do my best never to mislead you into making a purchase. 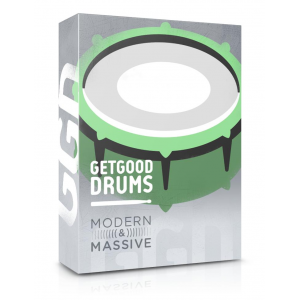 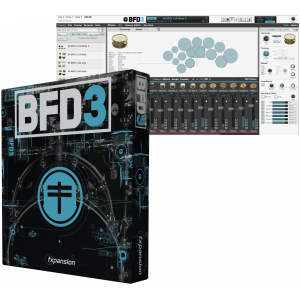 Gigantic library with 55GB of sounds

A versatile set of drum samples for all genres

Today’s big-name drummer/producers, like Steven Wolf, rely on sample libraries to create hits for artists. The purist mentality has vanished, and sample libraries are the way of the future.

If you’ve stumbled upon this post and are looking for more organic options, be sure to check out my roundup of the best acoustic drum samples.

I’ll be covering all different types of drum plugins for varying genres, so be sure to read through.

Let’s take a look at some of the best drum VST plugins.

Xfer’s Nerve is an excellent drum machine created by veterans of the dance music scene. Nerve has a massive 2GB library full of presets, kits, patterns, one-shots, and loops.

Nerve’s Step Sequencer is intuitive, allowing you to make adjustments with the mouse by either clicking rhythmically or dragging on the interface.

For all the hip-hop producers out there, look no further than Drum Weapons 3 by Music Weapons. The kits included in DW3 are very useable and it’s perfect for everything from trap to boom bap.

Drum Weapons 3 includes a massive library of 530 kits. You get 12 separate sounds per preset with 3,500 different sounds.

Each preset kit has functionality for both the MP60 and SP1200.

SYNC 3 is a loop-based sampler instrument for Kontakt — perfect for electronic, trip-hop, futuristic, and other genres. SYNC 3 includes 28 construction kits with 1.19GB sounds in total.

It’s perfect for sci-fi sound design in movies and video games, as well.

The kit comes from the team at Audio Modern, the creators of Atom Riffer, Opacity, and other award-winning virtual instruments.

Right off the bat on the more-affordable end is Tony Coleman Drums.

For those unaware, Tony Coleman is a legend in the R&B scene, having worked with many artists including B.B. King, Etta James, Buddy Guy, and Albert King.

The library captures his sound perfectly.

Tony likes a big and open sound to his drums; there are no dampened drum samples. I love the tonal quality of the kick in this library.

Addictive Drums 2 is by far my favorite drum library on the list. The samples sound incredible, and XLN continues to add expansion packs.

Be sure to check out my in-depth review of Addictive Drums 2 if interested.

The Custom XL bundle includes the Addictive Drums engine along with your choice of six ADpaks, six MIDIpacks, and six Kitpiece packs.

While I use a multitude of different drum VST plugins (like GetGood Drums, for instance), I find myself coming back to Addictive Drums 2 the most.

The plugin includes a simple-to-use user interface complete with a mixer. Typically I don’t utilize the mixer included with sample libraries, as I route the outputs to Cubase, but the option’s there if you need it.

Heavyocity has been making big waves with sample libraries recently. They’ve made some of my favorite Kontakt instruments, including Gravity and Forzo.

The DM-307 is a powerful drum machine that includes 3,600 unique sounds, including modular synth drums, live percussion, processed analog drum machine samples. Oh, and you get 1,500 different presets to streamline your production.

Heavyocity’s drum machine is perfect for styles such as cinematic, electronic, hip hop, industrial, and many more.

The DM-307 features your standard 16 step-sequencer with a massive feature: you’re able to program an additional eight bars of sixteen steps, effectively making the DM-307 a 128 step-sequencer.

The level of detail is remarkable, as many samples contain up to eighty velocity layers. The library’s total size is 160GB, but FXpansion has managed to create a lossless compression engine that squeezes the size down to 55GB.

Soul-Tastik Drums is a VST drum kit ideal for trap soul music. The samples included are genuinely unique and different.

I don’t produce this style of music generally, but I do like the included sounds. The GUI is incredibly simple, with just a few knobs.

STD includes 50 different drum kits with 12 samples each. Pan & release settings are available for each sample.

Similar to Addictive Drums 2, Toontrack’s Superior Drummer 3 is an all-in-one solution for programmed drums. It’s one of the best drum plugins available.

SD3 was meticulously recorded by George Massenburg at Galaxy Studios in Belgium. The library is an impressively massive 230GB in size.

Toontrack took this library a step further than it’s predecessor by recording an additional eleven separate room microphones set up in surround for a truly lifelike experience.

“Superior Drummer 3 takes music creation to a level of quality, flexibility, and authenticity beyond the imagination”. – George Massenburg, Recording Engineer.

I hadn’t heard of DrumDrops until recently when I stumbled upon these two disco kits. Lately, I’ve had a big love for kits from the 70s on records like Aja by Steely Dan and Storm at Sunup by Gino Vanelli.

That’s precisely the type of sound you’ll get.

Those who like dry-sounding drums will love the Vintage Funk & Disco Dual kit. Both kits run off of the Kontakt player, so you won’t have to purchase Kontakt if you don’t have it.

A total of 25,537 samples are included in the Vintage Funk and Disco kits combined, with many round robins and velocities maximizing realism.

For all the 80s lovers out there, you can rejoice. Synthwave Drums from BeatSkillz brings synth drum sounds from the 1980s right to your DAW.

Both processed and dry samples are included with Synthwave Drums.

I’ve raved about GetGood Drums in other articles. The sample libraries from Nolly and the guys are a go-to for me when working on demo productions. Modern and Massive is an incredible-sounding library, perfect for rock and metal production.

The drum software plugin is built on the backs of the Matt Halpern packs, which to its credit, is also a wonderful library I own. Here are some of the features:

If you browsed internet forums in the late 2000s, there’s no doubt you’ve already heard of Steven Slate. SSD5 is the latest iteration of Steven Slate’s drum library.

SSD5 comes with a whopping 103 kick drums, 111 snares, hundreds of tom/cymbal/percussion sounds, and 1,000 groves. Some features include:

In addition, there are plenty of expansion packs you can download from producers like Chris Lord Alge, Terry Date, and David Bendeth.

For those on a budget, check out some of these free drum VSTs. My favorite on the list below is the MT Power Drumkit 2.

Obvious as it may be, free drum software is no where near the level of the paid options on the list in terms of tone and versatility.

I hope my article showcasing the best drum VST plugins has helped you in your quest for better productions. What are your favorites? Let us know down in the comments below. We’d love to hear from you!

Looking for more free options? Don’t miss my roundup of the best free drum kits of 2020. Also, for all the hip hop producers out there, don’t my article highlighting my five favorite drum machine VSTs.

*This article may contain affiliate links, which means we may receive a commission if you click a link and purchase something we have recommended. Please check our full disclosure policy for more details. Thanks for stopping by!

Hey. My name is Nick Cesarz and I’m the founder of Drumming Review, one of the web’s most loved drumming blogs with over 50,000 readers a month.

I’ve been playing for twenty years. I’ve been obsessed with drums and percussion (especially all the gear) since day one of playing.